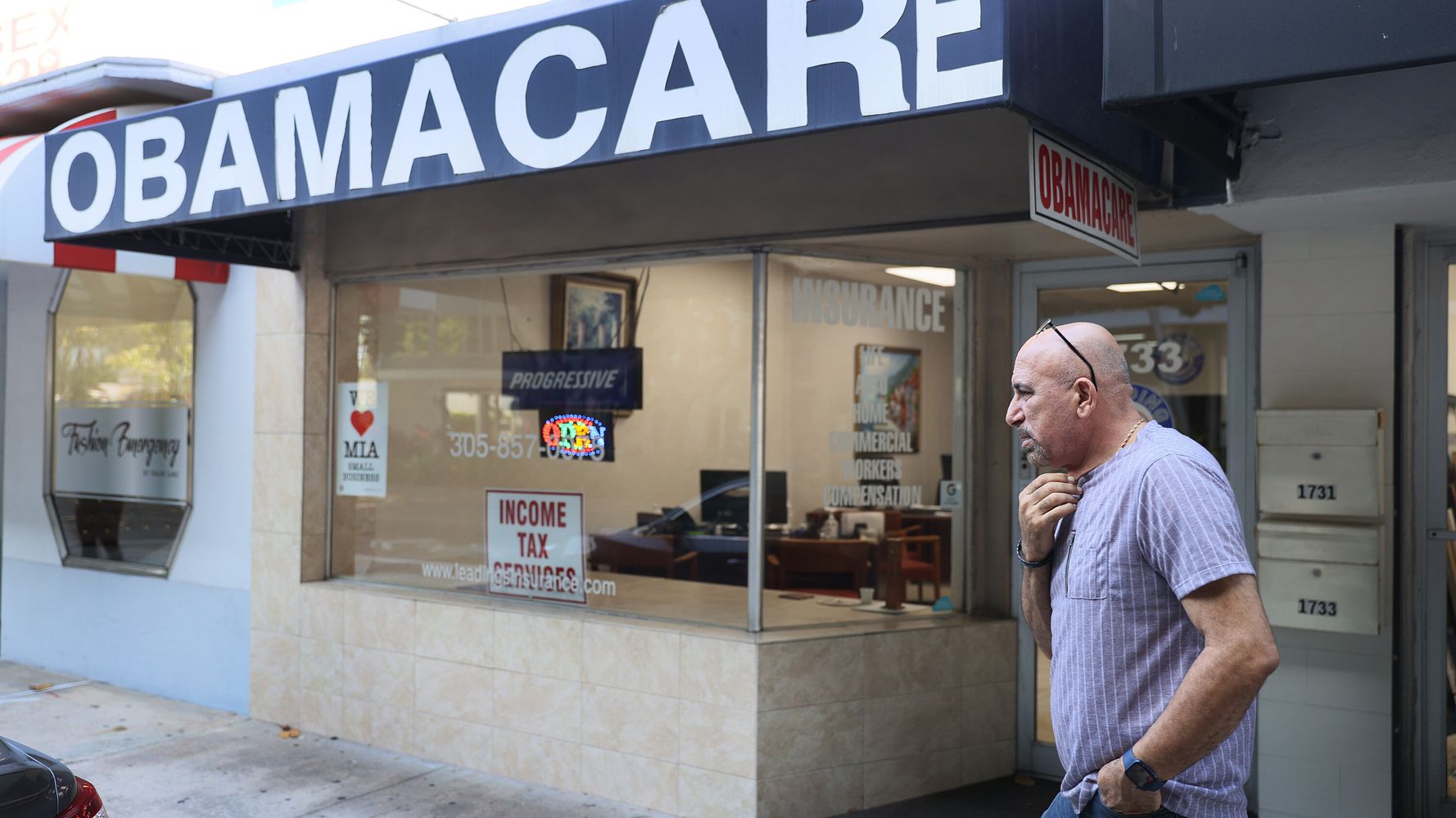 You might be able to get a really good deal on health insurance, but only if you act right now.

No, that’s not a line from a schlocky television advertisement. It’s true, and it may apply to you if you get coverage on your own ― in other words, if you don’t get insurance through your employer and don’t yet qualify for Medicare.

That’s because of some big changes to the Affordable Care Act, also known as “Obamacare,” that President Joe Biden and congressional Democrats have made this year.

One change is an increase in the financial assistance available to people buying plans through HealthCare.gov or state-managed online marketplaces like Covered California. The other big change is an extension of open enrollment, the period where anybody can sign up for coverage and switch plans.

More than 2.5 million people have already signed up for coverage this year, according to the Biden administration. That’s an all-time high.

But it could still be a lot higher. Charles Gaba, a health care analyst and proprietor of ACASignups.net, told HuffPost that he estimates roughly 12 million uninsured Americans could qualify for affordable coverage on the marketplaces if they looked.

Many more people could still sign up for Medicaid, or take advantage of the new financial assistance in order to get a more generous plan.

You could even be one of them! But you’re also running out of time. Open enrollment ends for most of the country on Sunday, August 15.

Understanding and then choosing among your options isn’t easy, unfortunately, because American health care is still a confusing, frustrating mess. So here’s a look at what you need to know, with help from three people who understand the Affordable Care Act’s marketplaces as well as anybody on the planet: Cynthia Cox, vice president at the Henry J. Kaiser Family Foundation; Louise Norris, health care broker and contributor to healthinsurance.org; and Gaba.

1) If You Thought Marketplace Coverage Was Too Expensive, Check Again

With the new enhancements in place, people who were already eligible for financial assistance on marketplace insurance can get more help. And there’s no longer a hard cutoff, or “cliff,” at four times the poverty line. Even people with incomes above that threshold, which works out to $106,000 in annual income for a family of four, can get some help.

The amount of assistance available still depends on income. But the impact of these changes is quite dramatic. Premiums for a given insurance plan could turn out to be cheaper by hundreds or even thousands of dollars a year in some cases ― and for some people, premiums will literally be zero.

The problem is that many people still don’t know about their options.

“The most common reason people give for being uninsured is the cost of coverage, but our polling shows that many may not realize they are eligible for free health insurance,” Cox says.

“People may have been discouraged if they searched for coverage before or heard from friends and family how expensive plans can be,” she adds. “But if they only tried to sign up, they might realize how much help is available to them.”

So if you’re uninsured, you should go online to see what’s available now. You might be surprised to find something well within your price range that provides you with real insurance coverage.

The same is true if you have a health payment plan, like a religion-based “sharing ministry,” that doesn’t provide the same comprehensive coverage as insurance that complies with Affordable Care Act standards.

You may have picked it because you thought it was the cheapest option available. And it may not be anymore.

2) If You’ve Been Unemployed This Year, There’s A Special Deal

In addition to the subsidy improvements, there’s a new option for anybody who’s collected unemployment coverage in 2021 ― even for just one week.

Under this special program, the federal government will treat these people as having incomes no higher than 133% of the poverty line. It sounds like a technicality, but in practice it means that such people qualify for the maximum possible subsidy ― which, in many cases, will reduce premiums to a pittance or even nothing at all.

It also means these people can get a specially subsidized “silver” plan with an actuarial value of 94% ― which is a wonky way of saying it’s a relatively generous plan, the kind that would be expected to cover 94% of the typical person’s expenses.

“Benefits for people receiving unemployment compensation are outstanding,” Norris says. “Being able to pay $0 or just a few dollars per month for either of the two lowest-cost silver plans, with [generous coverage], makes health care much more accessible than it would otherwise be.”

3) If You Have Marketplace Insurance, You Can Switch To A Better Plan

You don’t have to be uninsured to take advantage of these new offerings. Everybody buying coverage on the marketplaces is eligible for the new assistance, and that includes people who already have insurance. If you’re one of those people ― in other words, if you already have a policy through HealthCare.gov or one of the state-run marketplaces ― it’s probably cheaper now.

If you like, you can just the pocket the savings. (More on how you do that in a moment.) But you can also use the savings to upgrade your coverage, so that you’ll be getting a more generous plan for roughly what you pay now.

Maybe, for example, you have a “silver” plan now ― good enough to cover the basics, but with high copays and deductibles. Thanks to the new assistance, you might be able to afford a “gold” plan, or maybe even a “platinum,” which will have lower out-of-pocket costs.

HealthCare.gov is applying the new financial assistance on premiums automatically starting next month. So if you do nothing, you should see your premiums come down. (Some of the state-run marketplaces already apply the subsidies automatically.)

The new assistance on premiums is also retroactive to the beginning of the year. You can get that portion by claiming it on your tax return next year.

The big thing that won’t and can’t happen automatically is a switch in plans. If you want to upgrade your coverage ― or buy coverage for the first time ― you have to do that on your own. And you have to act before open enrollment ends.

That’s Aug. 15 for HealthCare.gov and several of the state-run marketplaces, though others have different dates. There’s a full list at healthinsurance.org.

(In case you were wondering, the actual, technical deadline for HealthCare.gov is 6 a.m. EST on Monday, Aug. 16, in order to cover all of the nation’s time zones. But state deadlines may be different, and in general, it’s really not a good idea to wait until the very last minute.)

If you are switching plans, and especially if you are switching insurance carriers, one thing to watch is whether money you’ve already spent out of pocket on your medical expenses this year counts toward the deductible on the new policy.

Cox suggests checking with insurers first. “Don’t just switch plans on HealthCare.gov and expect your insurer to automatically carry the amount over,” she says. “Insurers will often work with their enrollees ― they don’t want to lose your business ― but some insurers’ accounting systems aren’t set up to do this, so it’s not a guarantee. And if your insurer isn’t able or willing to do this for you, you might consider whether it makes sense to switch companies.”

6) If You’re On A COBRA Subsidy, You Also Need To Act Soon

Biden and the Democrats also offered full subsidies for people who lost jobs and wanted to stay on their own plans by paying “COBRA” premiums. If you’re taking advantage of that, you can stay on it through September.

At that point, if you want to stay on the coverage you have, you’ll have to pay the full premium. Your alternative would be to find some other source of coverage, and you’ll be able to go through HealthCare.gov or one of the state-run marketplaces, because losing COBRA coverage allows you to buy insurance there at any time ― even if open enrollment has ended.

One caveat, Norris notes, is that if you want to switch over to marketplace insurance without a break in coverage, you’ll need to sign up by Sept. 30 ― in other words, before the subsidized COBRA coverage runs out.

You can do most of this yourself, by going to HealthCare.gov or one of the state-run marketplaces ― or through a privately run, direct-enrollment website.

If you use one of these, make sure you are sticking with Affordable Care Act coverage. (Many experts recommend HealthSherpa.com, which only offers compliant plans.) Otherwise you can’t get the financial assistance and, just as important, you might not be getting insurance with the same guaranteed benefits and protections.

But precisely because this is so complicated, you may want some help. Or you can try an insurance broker, though it’s good to get one certified by the marketplace. “There’s no charge to get help from a Navigator or broker,” Norris notes. “They can help to make it less overwhelming, and the cost will be the same either way.”

HealthCare.gov has a “find local help” tool that can put you in touch with one of these people or organizations. State-run marketplaces have similar links.